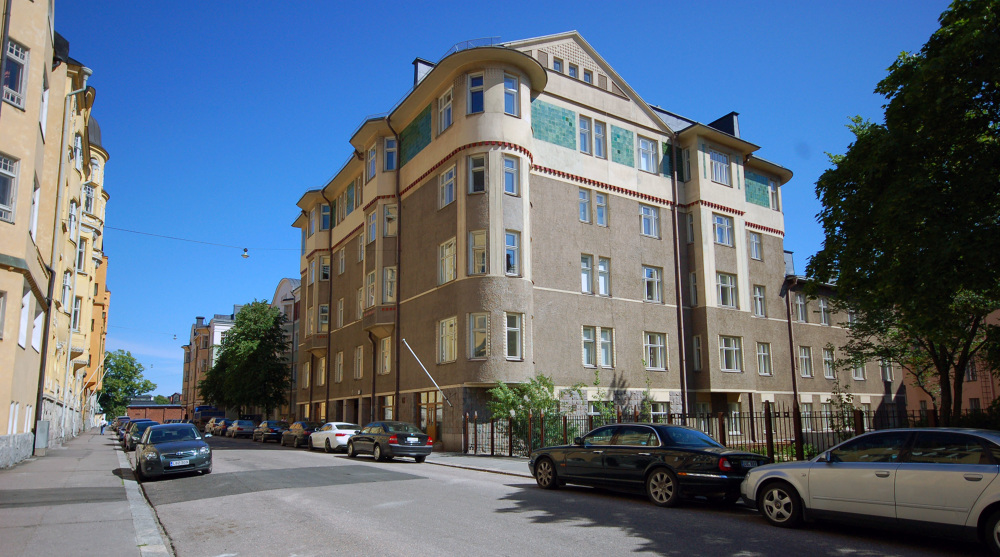 Soundlapse Soundlapse is an artwork that intuitively alters the traditional perception of the everyday structures we live in. It's a mosaic of short sound samples, aural data, recorded every day, at the very same place, at the very same time of the day, for one year.

In the piece you experience the gradually changing seasons as the natural elements slowly react to them. The human-caused sounds are the rhythmic parts of the piece: The 7-day week can be clearly divided into a 5-day work week with all of its buzz and the 2-day weekend as a relief, a moment for breath before the starting week.

The traffic of the cities creates a regular, ever-changing white noise generator. From this perspective, the piece has also an interesting character with it's noisy, human-made regular irregularities.

The noise of the city is presented side by side with the recordings made in natural environments. The natural environments change more gradually as the only affecting sounds are the sounds of nature and their change along the course of the year. The contrast of these two raises questions about sound pollution, urbanization and the pace in which the modern society is moving.

The installation is currently in production and hopefully taking the box offices by storm sometime around 2024.

A demo of the work can be listened to here:

Someone is a sound installation that works as a pair of Topi Äikä's concrete statue Someone. The installation is sketching out the contours of the personality of Someone.

The work approaches the essence of how we're viewing and confronting each other in the daily urban life. Are we merely seeing presentations of vaguely outlined stereotypes or can we actually treat each other as persons and individuals?

The installation builds on a sequence of stories about first meetings with a stranger. The stories will be played across the street in a large doorway. As the street is very crowded daytime, are the sounds to be played only nighttime. At night people might be more open-minded about discovering new things in their surrounding, maybe stop as they hear someone speaking at the doorway and discover the statue across the street. 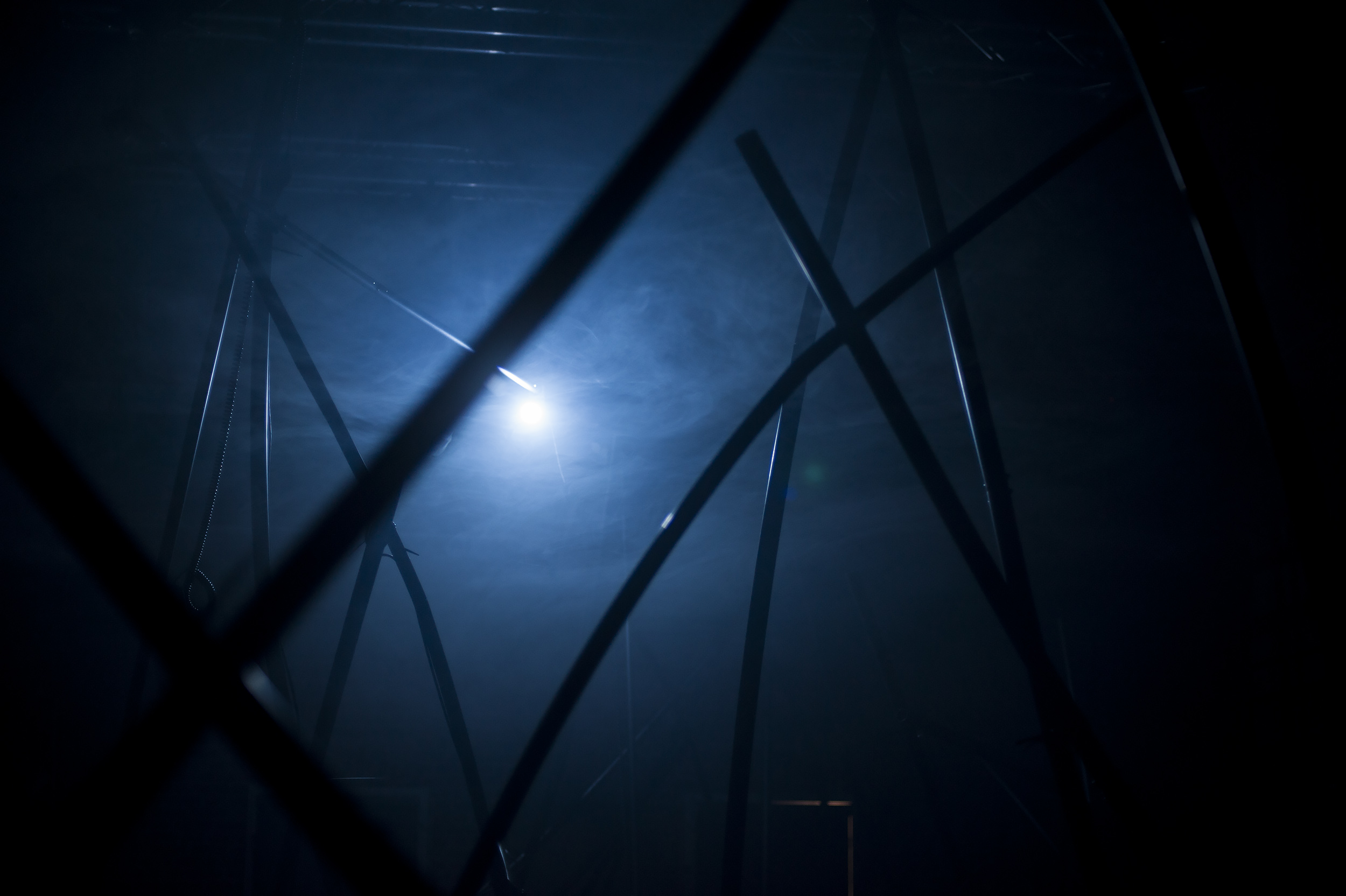 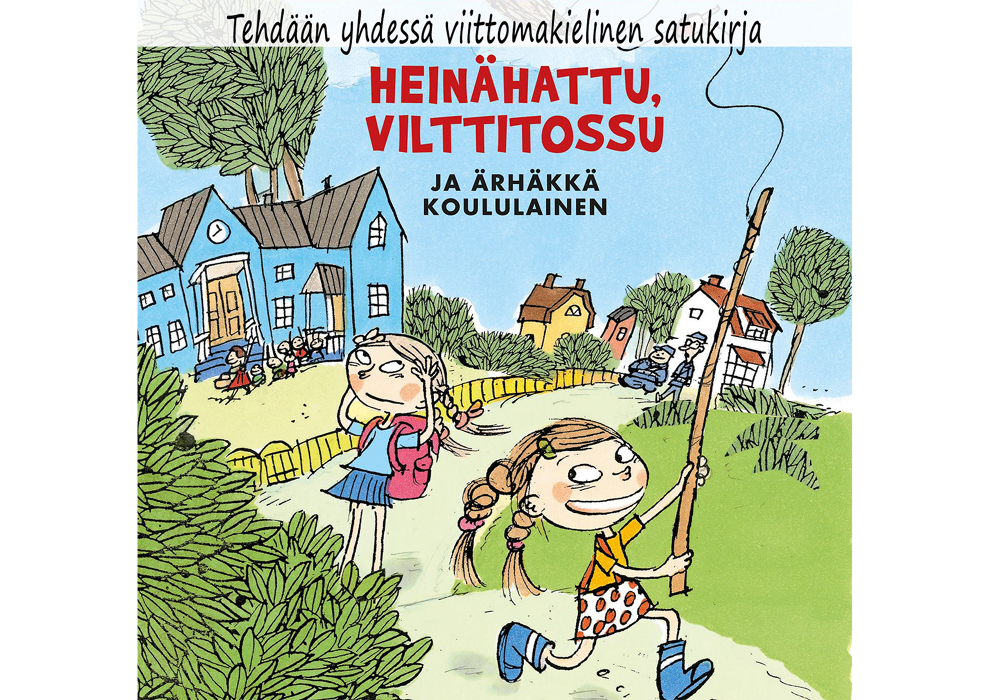 I'm working as a sound designer in The Finnish Association of the Deaf's diverse media publications have been both a mind-wrecking conceptual challenge and an interesting artistic test.

The work consists mainly of creating sounds for the association's PR and fundraising content but has lately included the creation of creative content: Realizing a sound design, an aural translation to sign language fairy tales.

The most demanding work required the finding of aural ways to communicate the subjective impression of deaf person: To find a proper factual, but especially an emotional depth to the story. The video (2 min) can be viewed here: https://youtu.be/WNxJWzadKRk. 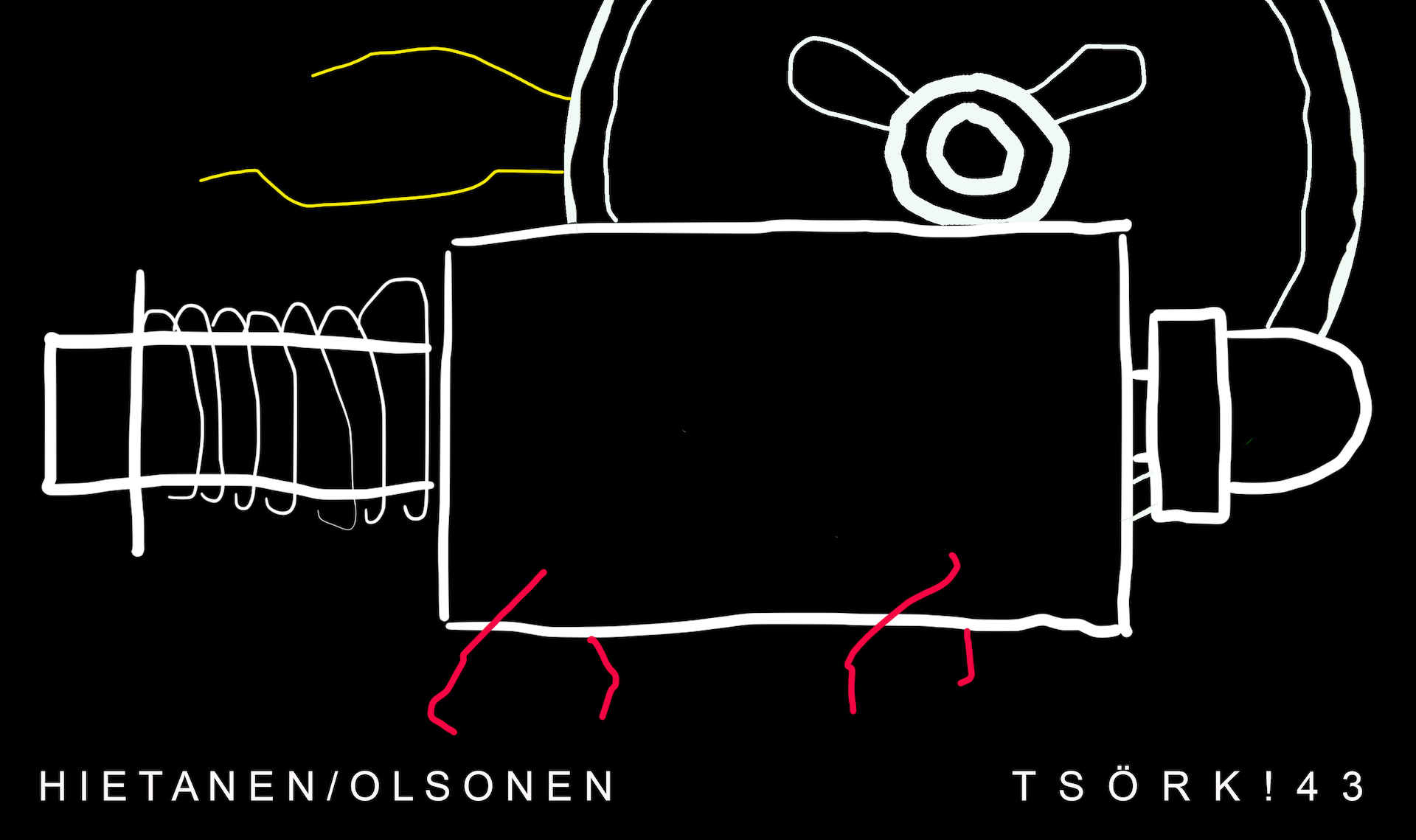 TSÖRK!43 is an installation built in collaboration with Jani Hietanen. The work combines the mechanically produced creature-like-sounds of solenoid motors with a cicada-soundscape produced through a diffused 12 channel soundsystem. The sounds bridges the gap between mechanic and synthetic sounds creating a vivid surrounding sound experience.

The installation was premiered at the ARS108 festival in Nokia, Finland in August 2021.

A recording of the installation will be added here soon.. 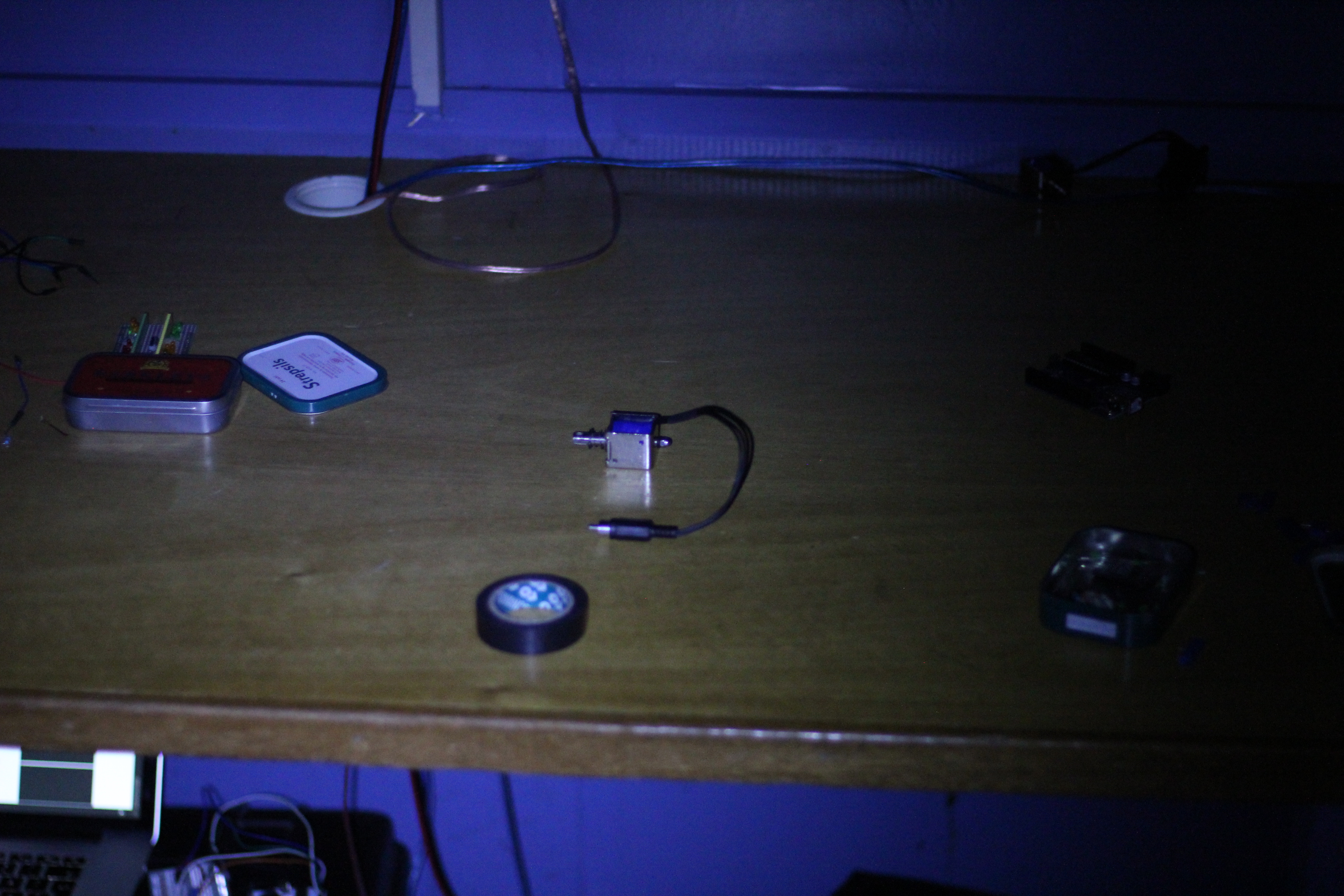 Listener is a spatial interactive audiovisual sound installation. The audience is invited one by one into a darkened room to explore the vivid interactivity of the surrounding rattling sound in the light of a flashlight.

”The visitor enters the fully blacked out space alone. The only light is the flashlight they are handed at the entrance. There is a continuous uneasy rattling, a cricket-like sound that soon surrounds the visitor completely.

The visitor can slowly see the “root system” of cables that has grown like a vine over the carpet, the tables, the walls. Some are even hanging from the ceiling. In the end of every vine is a little metallic thing, a motor of some kind.”

Aesthetically the work investigates the agency of machines. The timid character of the motors invites the viewer to meditate on the presence shared between her/him and the mechanical beings in the shared space.

Technically the installation is built around a modular solenoid motor and light sensor system. The fully acoustic and spatially articulate soundscape of the work is produced solely by the mechanical action of the solenoids. The work is adaptable to a wide variety of spaces and is scalable with its 20-54 solenoid motors and can accommodate spaces between 20-70m2.

A slideshow (4:40 min) accompanied by a binaural recording can be found here: https://youtu.be/-7d404tP7Y8, please listen with headphones. 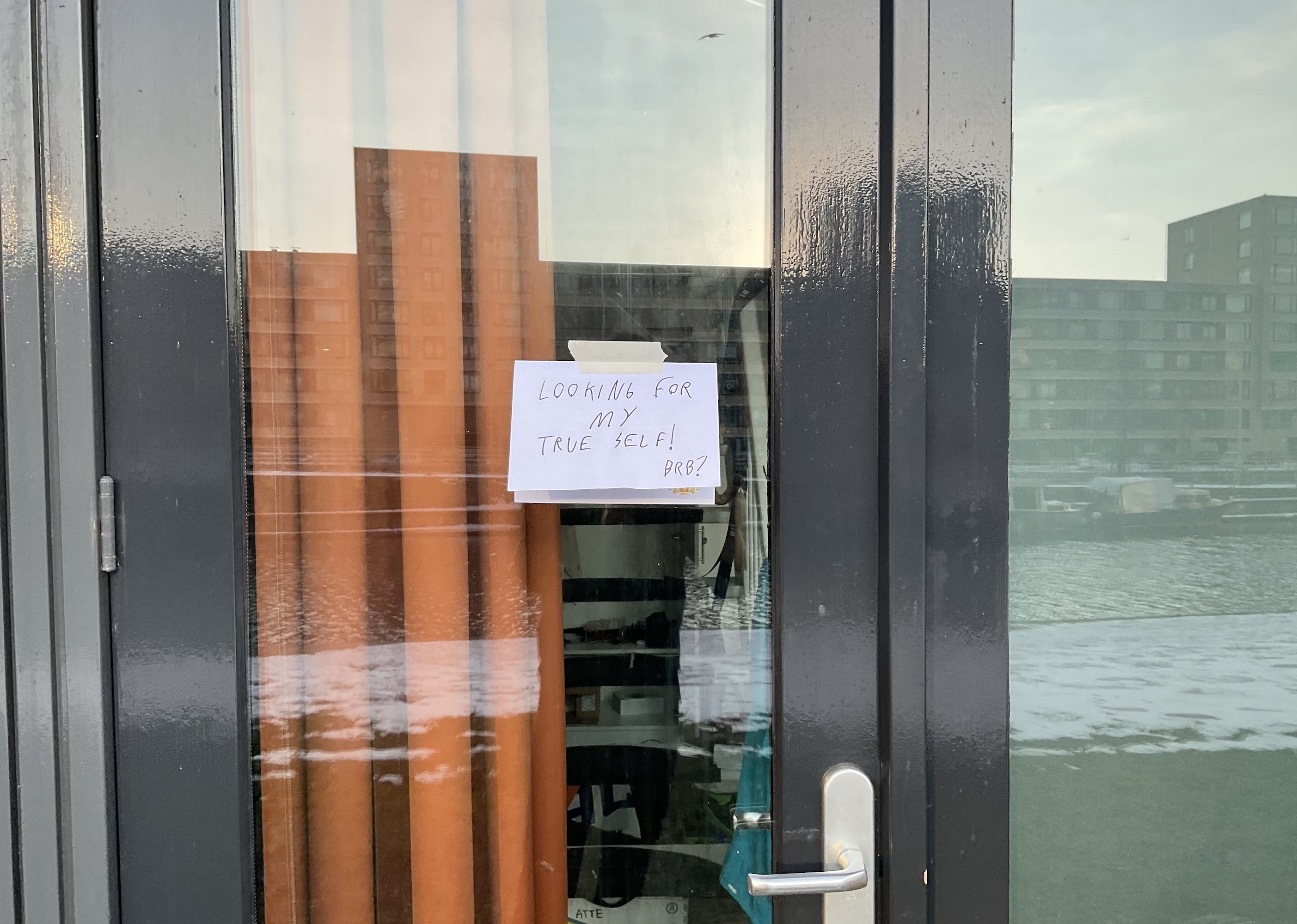 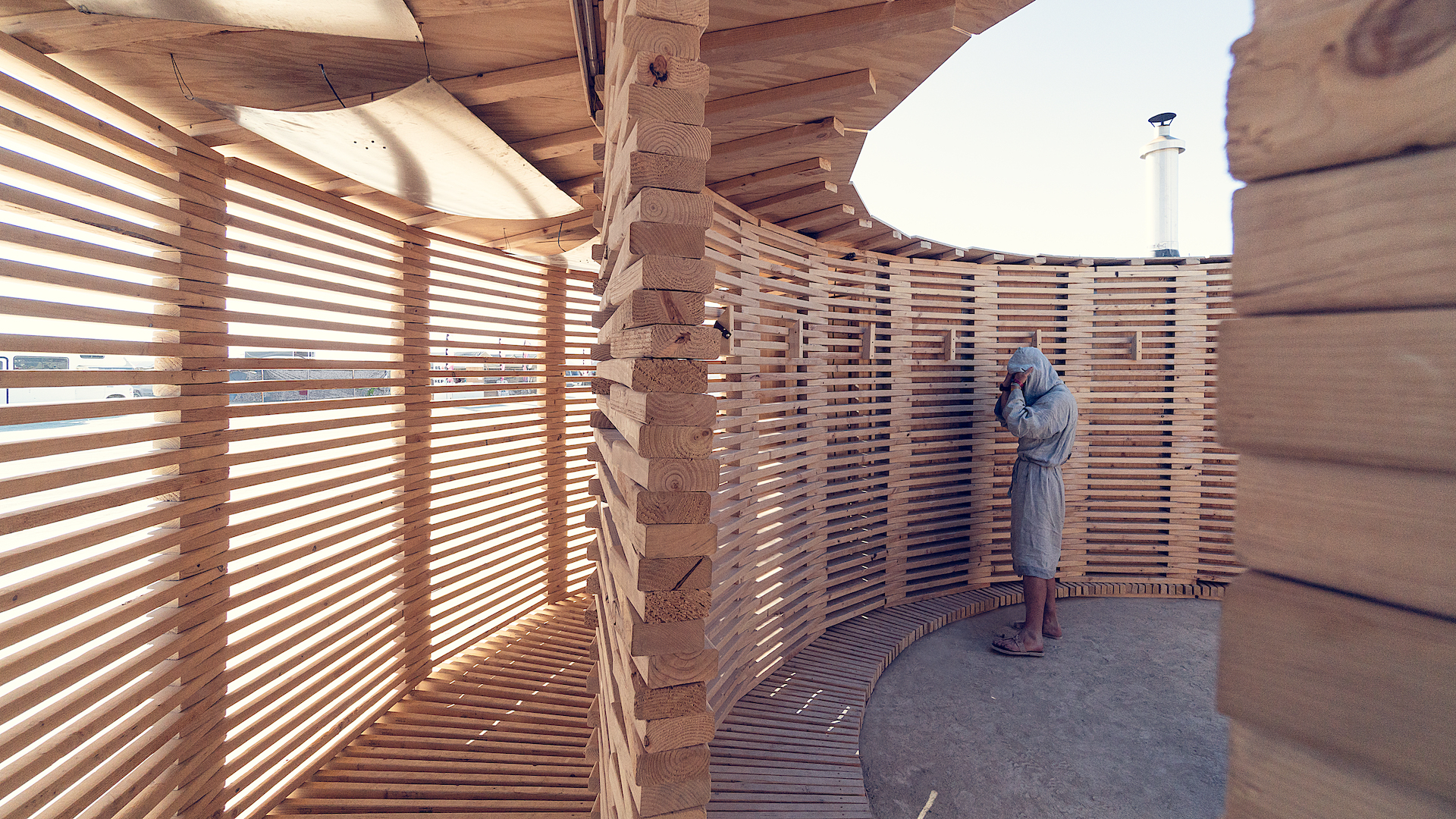 The Mechanit Project made a special appearance as a sound installation at the Burning Man in Black Rock Desert, Nevada in August 2019. The work was realized at the Finnish camp Steam of Life's sauna, where the mechanical soundscape created it's own tranquil atmosphere to give the visitors a break from the noises of the Playa. 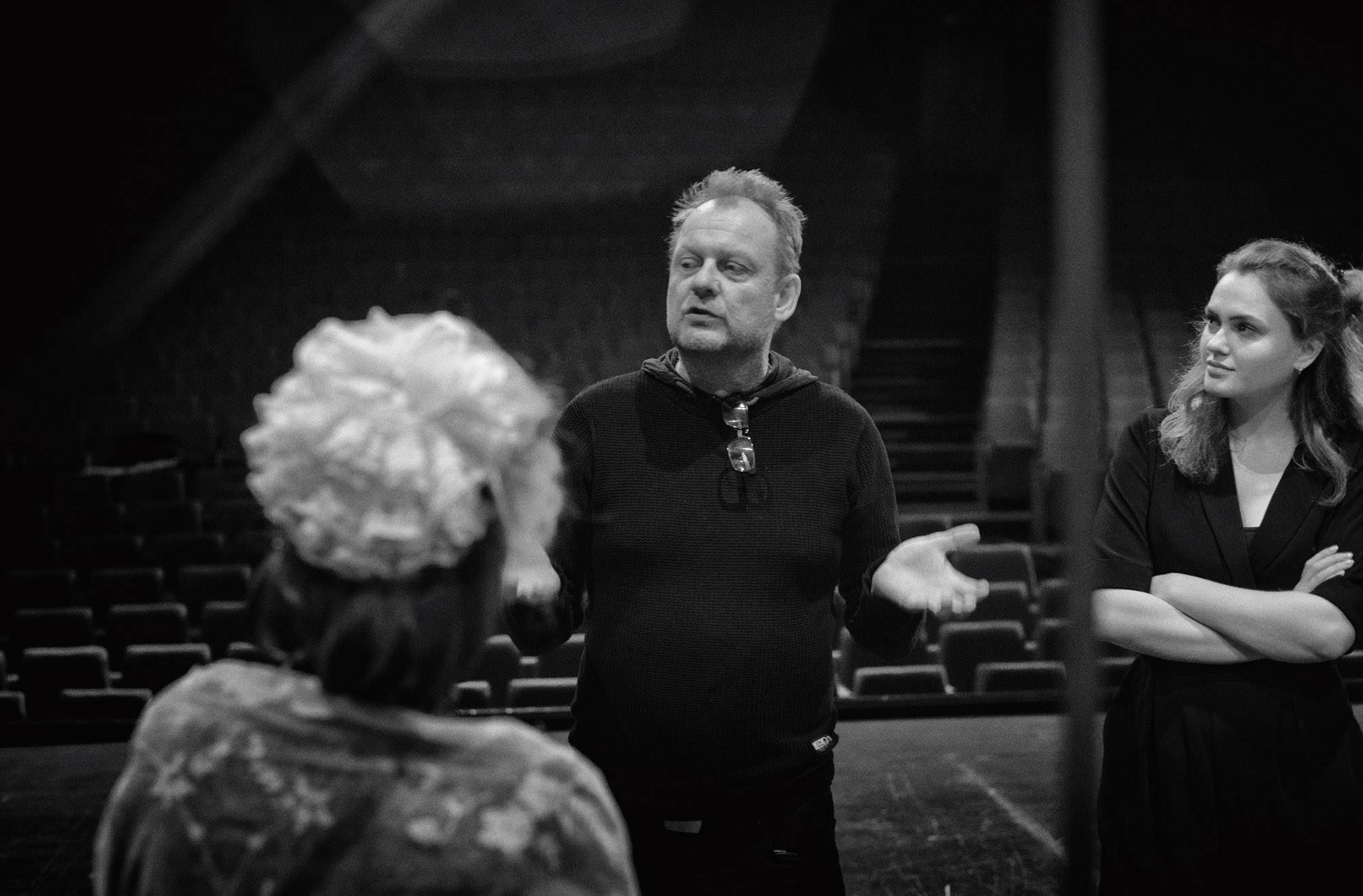 The Gambler is a theatre play based on the Dostojevsky novel. The play was presented at the Veliky Novgorod Drama theatre in November 2018. 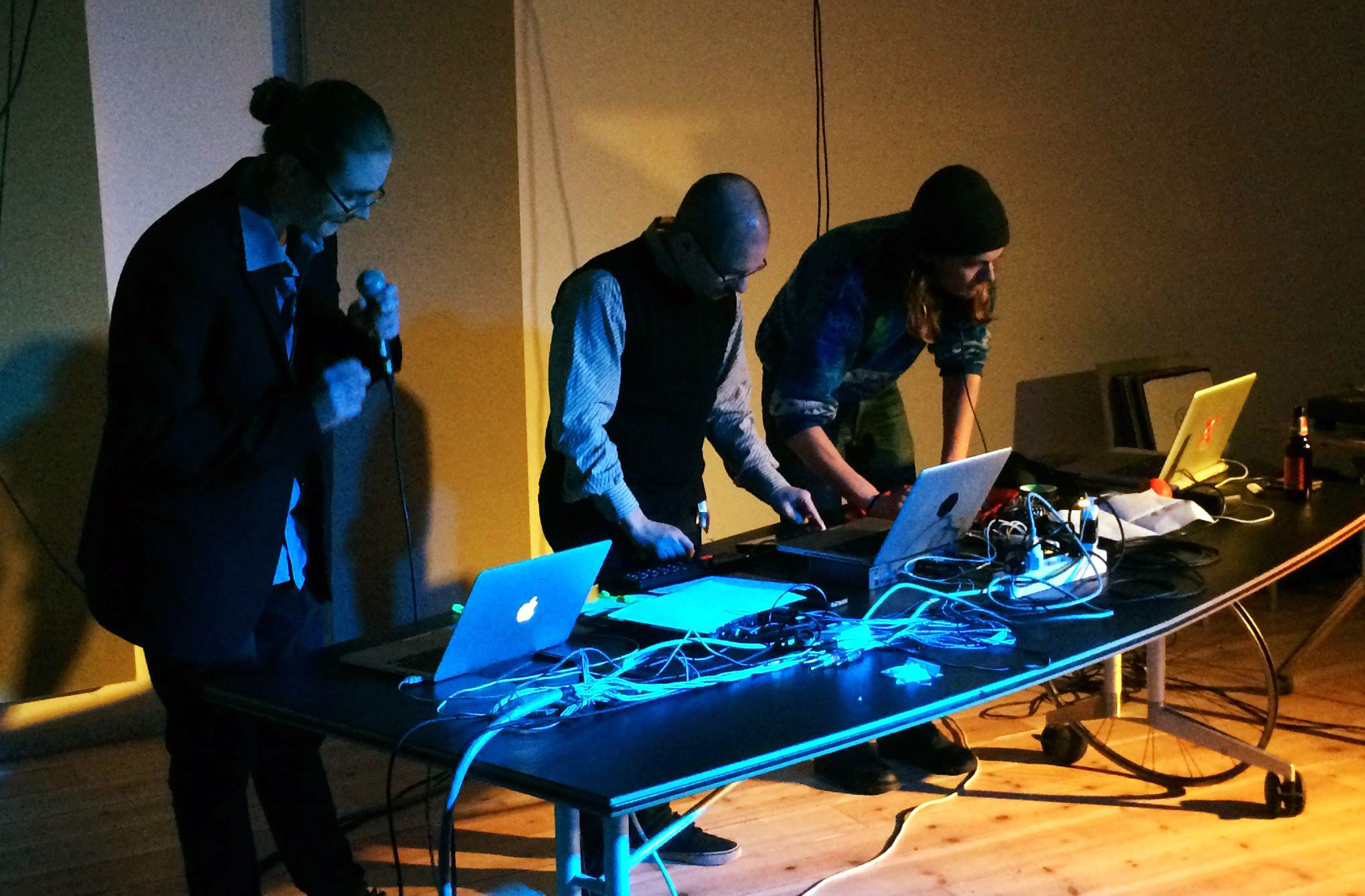 FibObOoObOoOoOdelays represents some of my most current work. The one-year-course based three-piece ensemble consists of my Sonology colleagues Roche van Tiddens, Simone Sacchi and me.

The projects aim is to research the manipulation of different kinds of timbre in the live performance. I've been fortunate to have programming orientated colleges in the team and have got the introduction of how to use both SuperCollider and MaxMSP in to run live processes of signal manipulation.

The usage of contact microphones has been another great personal discovery. The absence of traditional signal spill put the powerful connection with the detailed connection with resonating objects: This is definitively a direction I want to study further.

Helena split is a radiophonic, binaural work, that takes an abstract approach in how it treats the spatiality of aural surroundings. The piece splits up the stereo picture in two distinct channels, two separate spaces - left and right. A voice narrative ties the separated spaces together. The binaural, totally realistic, field-recorded spaces are superimposed with each other and thus create whole new, impossible spaces.

The work (4 min) can be listened to here, please listen with headphones: 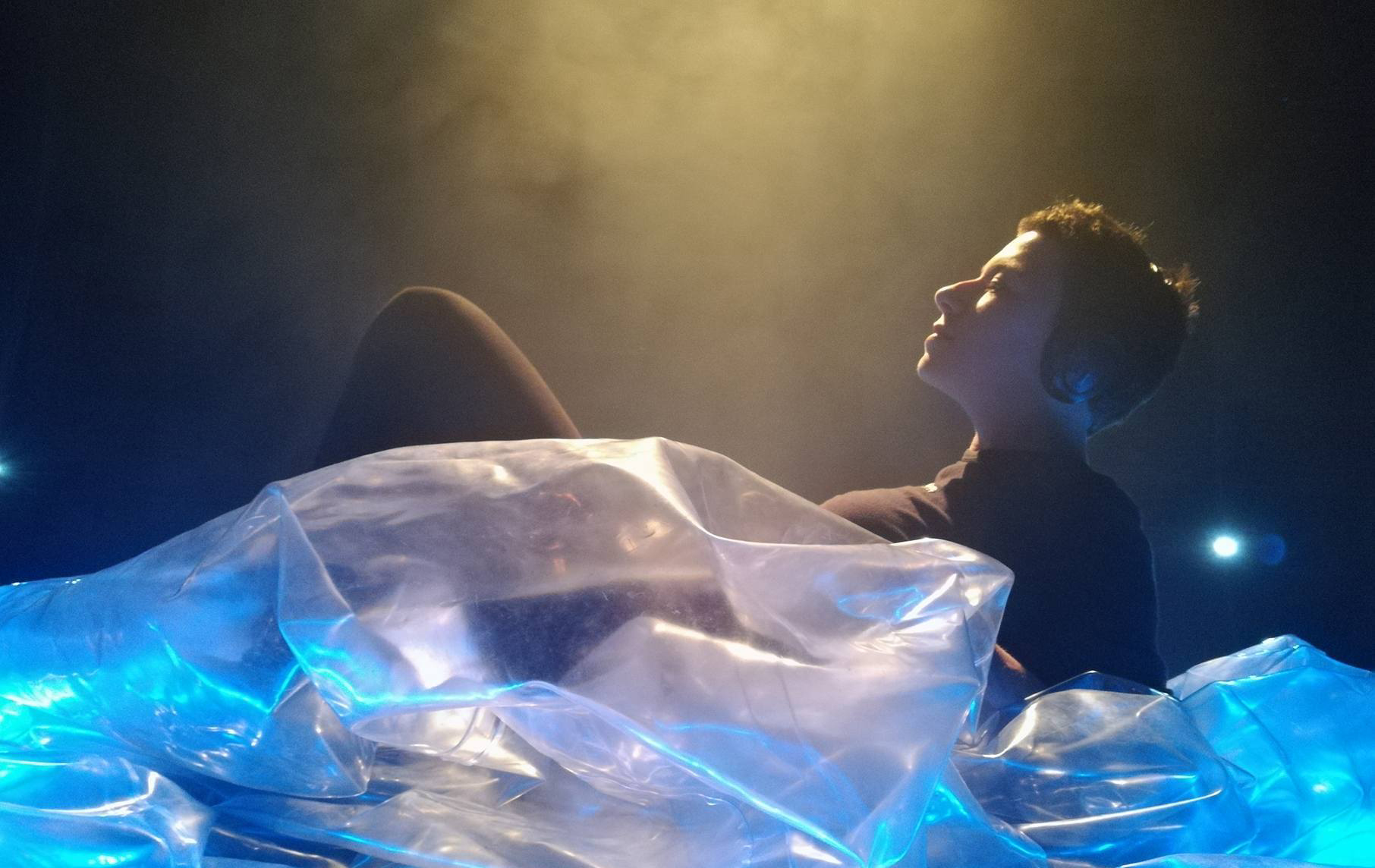 Sphere is a theatre play about the process of becoming deaf. 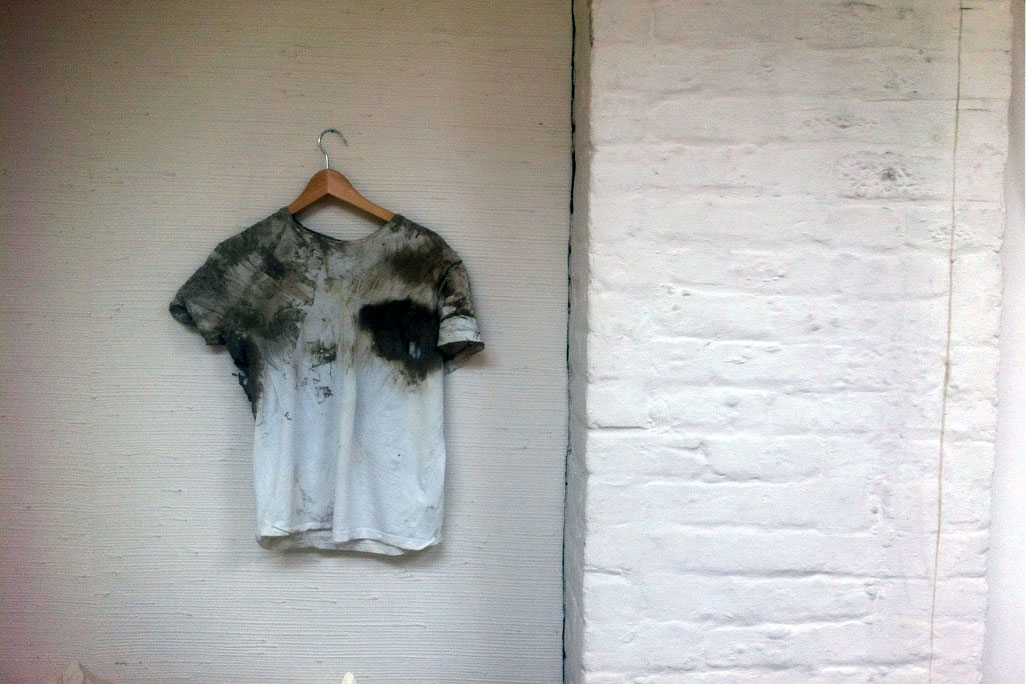 Gravel is an installation made as a part of the Audio Masterclass at RITCS, Brussels in 2017.
The work discovers the different textures of the pavement on the 4,5 km Zennewandeling hike track in Deersel. The diverse structures vary from cobblestone to asphalt, and from sand and gravel to grass-covered natural paths.

The material was collected by dragging a T-shirt (above) covered bag of sand around the track with a contact microphone in it. I was highly excited to find out, that by the usage of contact microphones, I can completely cut out the nearby highway. Moreover, the aural content became to be somehow very organic, feeling almost alive.

The work was presented in a darkened room with two 15-inch speakers next to your head on moderate volume. The video was displayed on a CRT TV-screen in the middle of the room. The white dot on the video travels around a path in the form of the route. 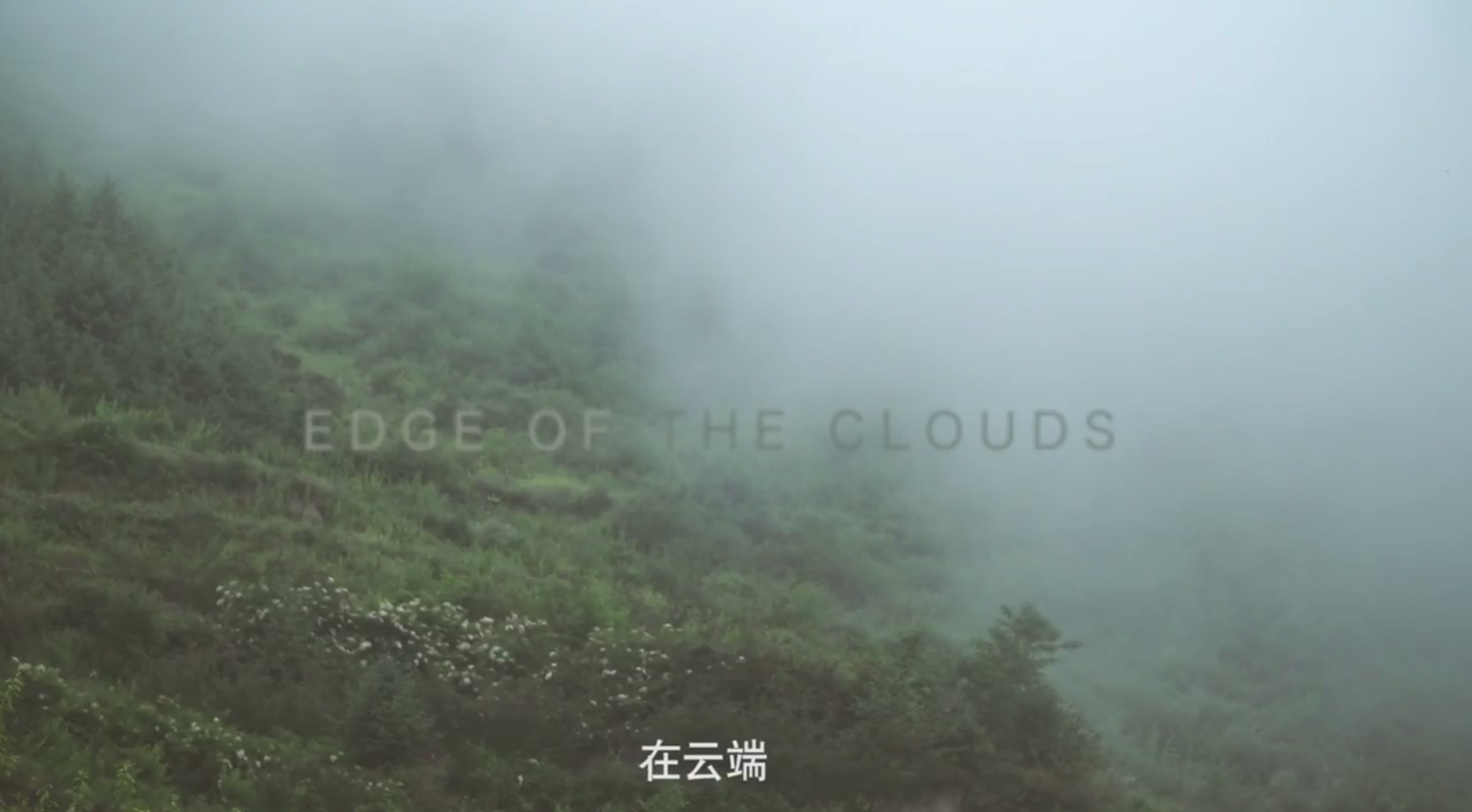 Edge of the Clouds - a documentary film by Hanna Kaihlanen.

Zhujinnong is a shibi, the spiritual leader of Qiang ethnic minority.The Qiang people have lived in the mountains of Northwest China for hundreds of years, and their religion arises from the surrounding nature. Shibi, as the communicator between the Gods of nature and the community, runs certain important ceremonies to pray for health, fortune and safety. The film is following Zhujinnong’s struggle between the ancient history of Qiang culture and modern impact of the constantly widening contemporary China. Somewhere between the mountain peak and the valley down below lies the ancient spirituality.

You can watch the documentary (13 min 56 sec) here: https://youtu.be/viKM-lEWtj0 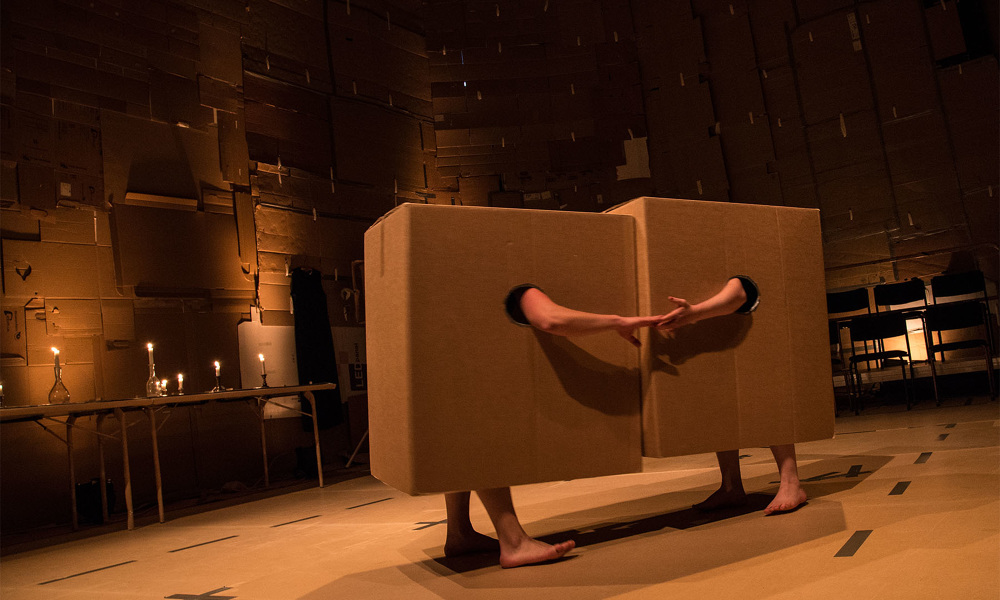 Hybris is a theater piece premiered in 2016 at the Helsinki Student theatre. With four women on stage the performance is both a feministic statement in it self and a study in self awareness and self value.

The piece is built around a strong atmosphere that moves around in the area between moody and mellow, hardly taking itself too seriously but at the same time not evading to descend deeper into the complex layers of a scattered self value.

I worked throughout the piece mainly with drone based atmospheres. An example can be heard below:

Kevin's secret life in the woods is a binaural soundinstallation originally presented as a part of a residency at Musica's Soundforest in Neerpelt, Belgium in 2016.

The piece discovers the borderlines between the real and the produced reality.

Please listen to this sample with headphones, in a quiet place, preferably somewhere in the nature.

The Mechanit Project is a live performance, an adaptation of the sounds of industrial machines from the past. Machine noises are mixed with live music and an dynamic light design.

The work discovers the esthetics of the industrial machine sounds, rearranges them and brings them back in a performance that moves somewhere in the borderlands between sound art, live performance, and techno.

Mechanit had its premiere at the Tampere Steam Engine Museum at the Night of the Museums, May 2015. The reception of the performance was throughout positive. The newspaper Aamulehti made a two-page interview about the project.

I work both as a producer and performer in the project. DJ Upi aka. Ukko-Pekka Itäpelto takes care of the sounds together with me and Teo Lanerva does the visual design of the show. 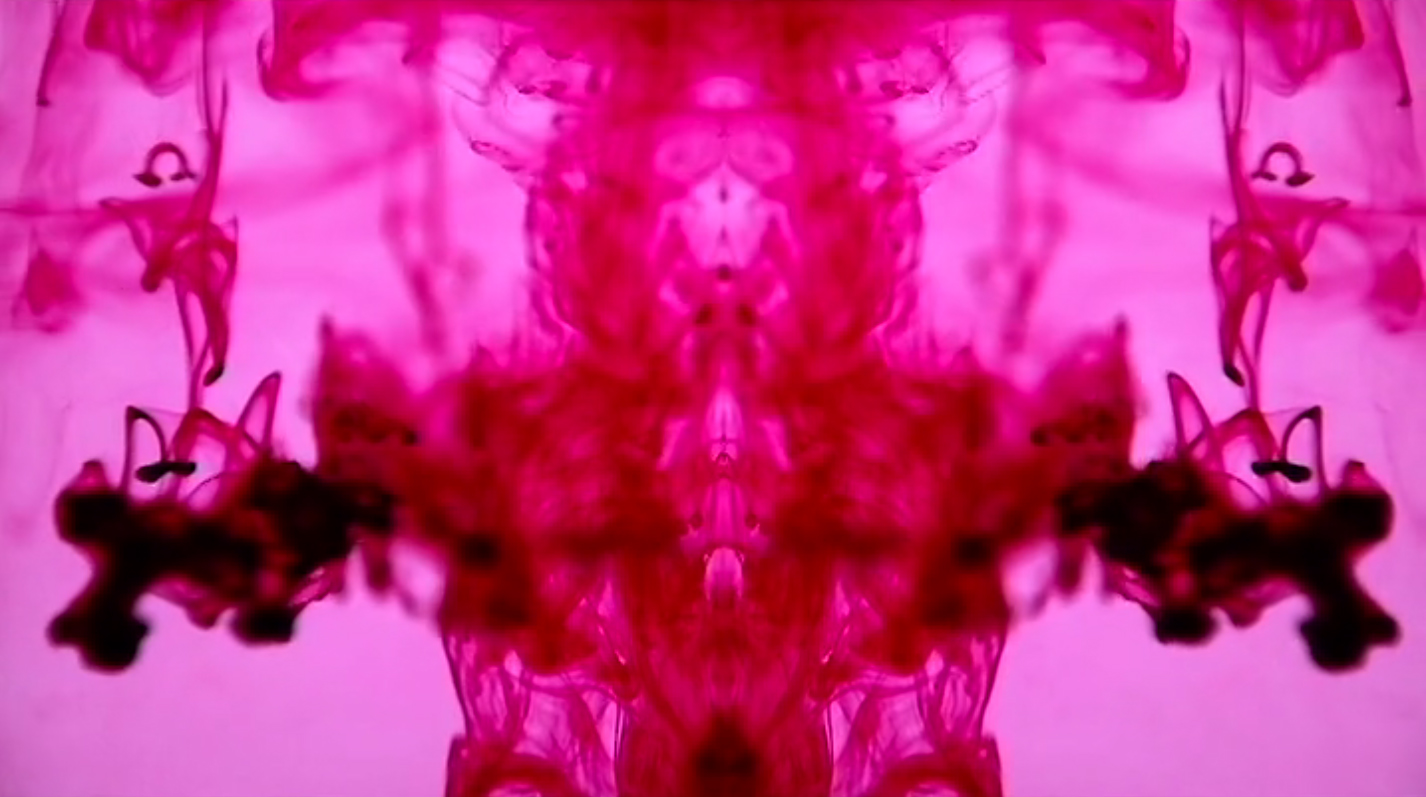 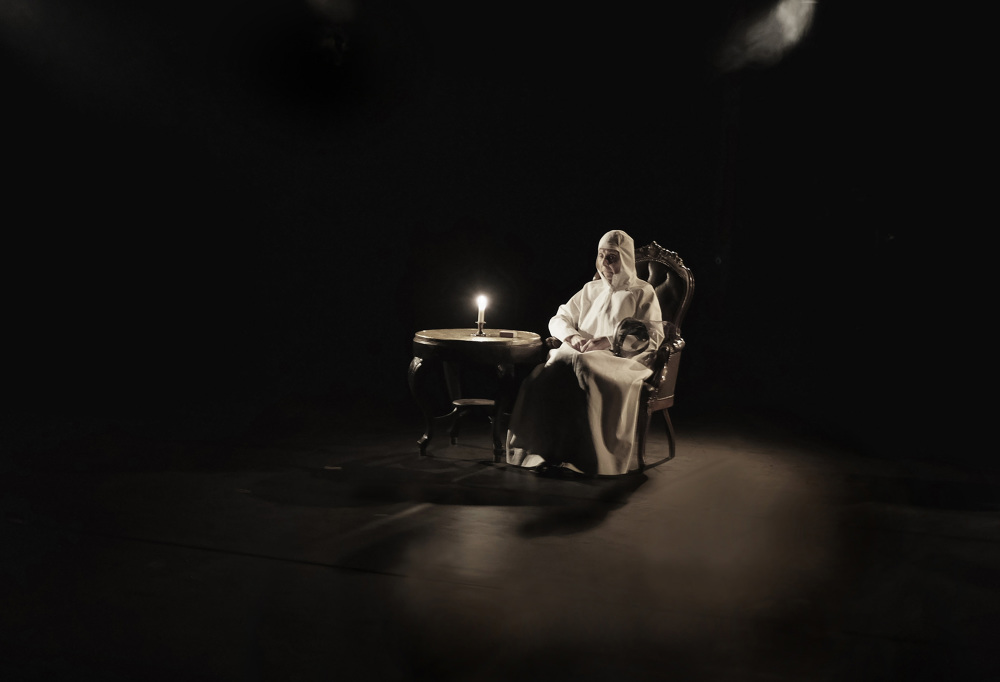 Head of the Sound Department in the 2015 premiered Kristian Smeds play Tabu on the Finnish National Theatre's main stage. 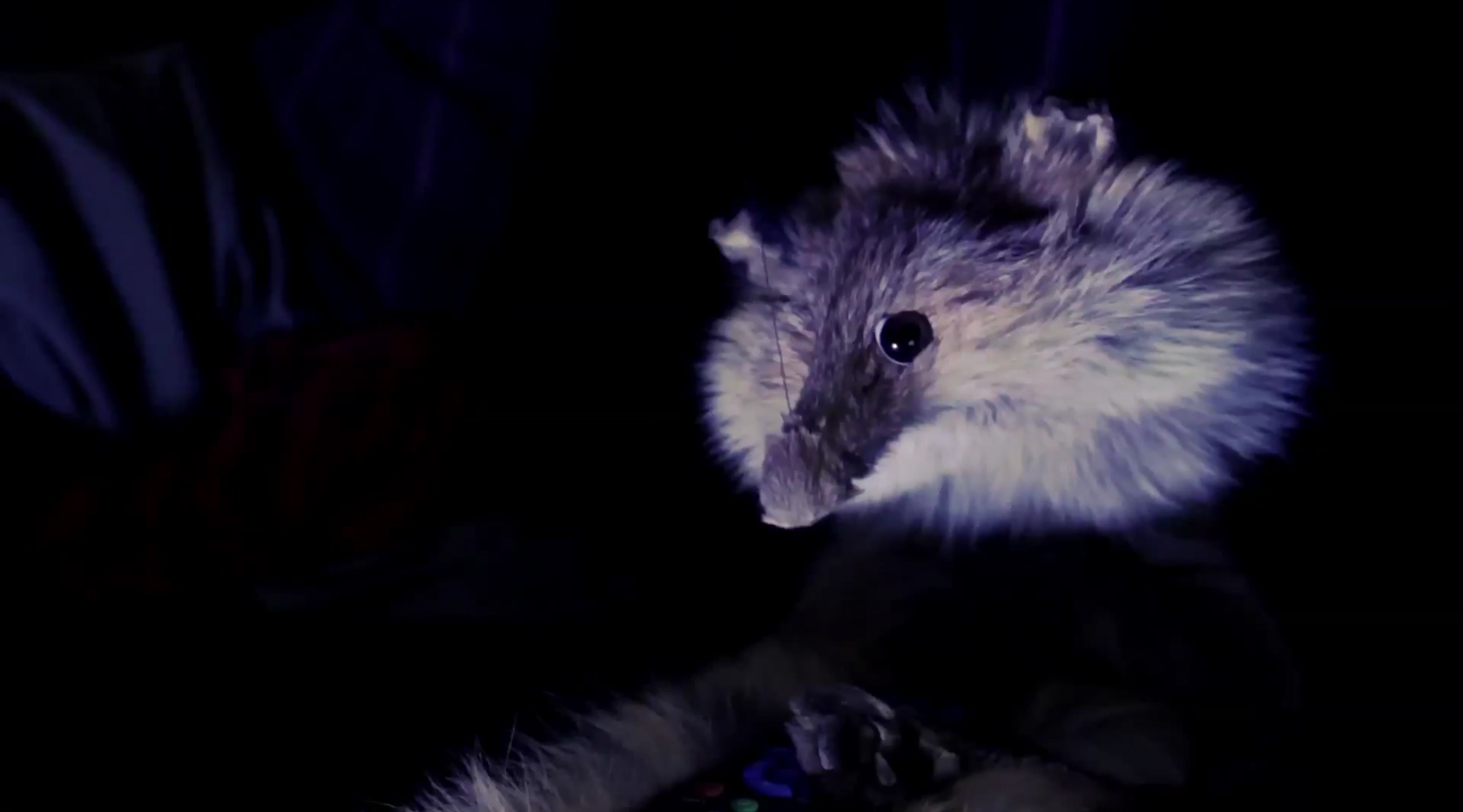 Anteropatia is an award winning short film made for the 48h short film competition Uneton48 in May 2014 by the team Pusihätä. The film ranked 2nd in the competition and won the awards of best cinematography and best editing.

You can find the film here:
https://www.youtube.com/watch?v=r_9rJPu6E84

- Project description to be added . . . soon